Founded in 1990, Klépierre is a French real estate investment firm focused on ownership and management of shopping centers across the European continent. It is the second-biggest publicly traded shopping mall operator in Europe.

In 2015, Klépierre completed the acquisition of a large competitor, increasing its presence in the Netherlands, Germany, Italy, Spain, Turkey and France.

By 2018, the company managed 150 shopping centers worth over €24 billion, across 16 countries, with more than 1 billion visitors per year.

Like many shopping mall operators around the world, Klépierre faced unrelenting competition from online shopping sites. The company decided to boost its marketing programs in order to improve Footfall (the number of people entering their shopping mall) across its malls.

The data needed to achieve these objectives is very fragmented. Each shopping mall is independent, and runs it’s own operational systems. They each have their own websites, Facebook pages, email applications and mobile apps. This data needs to be integrated and reconciled with local Footfall information. Important value-added data from public data sources, such as Twitter feeds for retailers, local weather conditions, country specific holidays, TV ads and shows, and local events such as soccer matches or sports championships also need to be incorporated and coordinated. Another level of complexity comes from the different languages spoken in each of the 16 countries, and Klépierre’s own corporate level ERP system added to the mix.

Manually cleansing, reprocessing and consolidating all this information was out of the question. Klépierre wanted to avoid mistakes, and needed to have access to the information on a dime.

Klépierre did not have the know-how in house to build and manage such a complex data infrastructure, and did not want to hire a huge team either. They were also looking for a solution that would allow business users, such as local marketing teams, retailers and corporate headquarters, to collaborate with each other.

Klépierre chose ForePaas for three main reasons. First, ForePaas allowed Klépierre to quickly build the data infrastructure thanks to its easy-to-use interface, pre-built data connectors and advanced data storage capabilities, without hiring data experts. Second, ForePaas enabled Klépierre to easily built their own KPIs and dashboards, and maintain their application over time using the only engineer they had on board. Lastly, Klépierre was looking for a collaborative solution. ForePaas’ collaborative approach fostered the cooperation between the engineer, the IT department, and the business users by allowing for example, business users to work with the data engineering teams to rapidly develop new KPIs and adapt to changing consumer behaviors.

The ForePaas platform manages several data update frequencies. For example, Footfall is updated every 15 minutes. Web and SMS messages every 3 hours, while other updates are completed daily. Local malls’ and headquarters’ dashboards are updated every morning, across several time zones.

Building the first prototype took only 8 weeks. After a successful testing period with 5 initial shopping malls, the solution was quickly deployed to the remaining 100 shopping centers.

Klépierre mall managers are now able to collect precious information about their consumers, focus on specific consumer segments and think surgically about their marketing campaigns. They know which are the lowest performing hours and underperforming stores in their stores and can easily target these to improve conversion rates. They’re making marketing decisions based on real-time intelligence and can quickly determine which marketing campaigns are the most responsible for driving sales. Klépierre mall managers are also using this information to make strategic tenant mix reviews; and better manage their rent pricing and overall commercial planning.

Klepierre is the European leader in shopping malls, building on its expertise in development, rental and asset management. The company's portfolio is estimated at 24,6 billion euros in 2018, counting shopping malls in 16 countries in Europe, with more than 1,1 billion visitors each year. 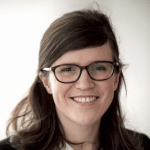